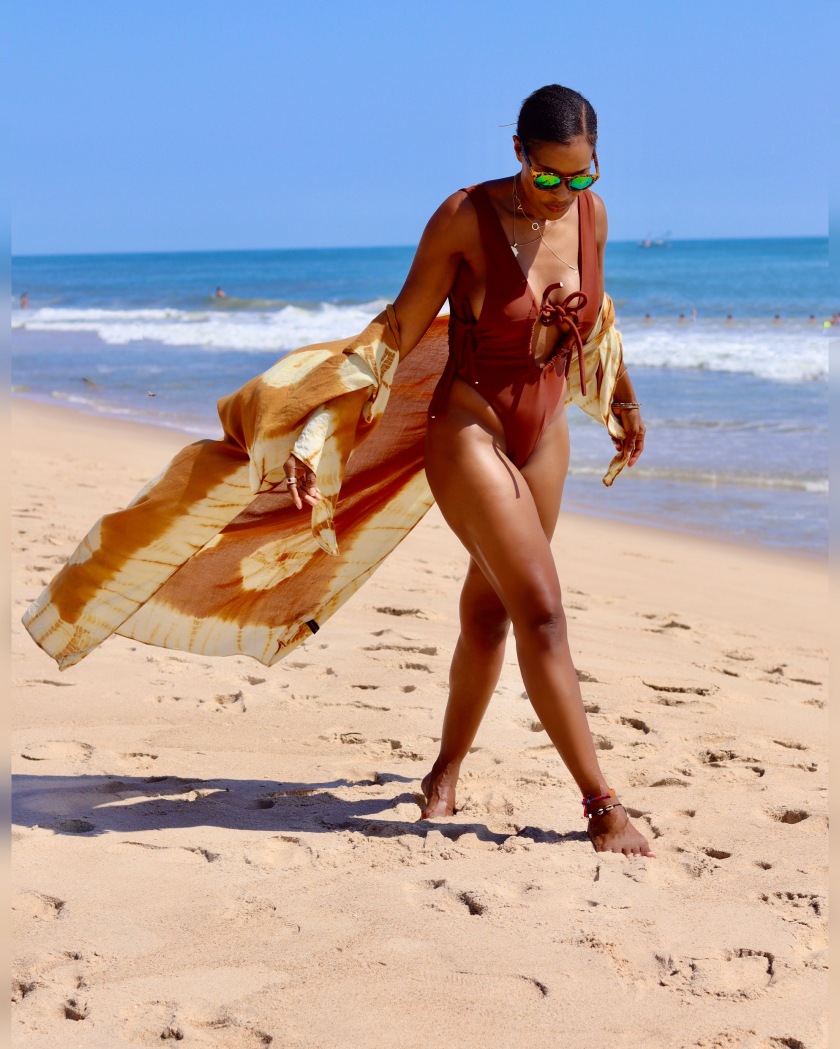 Feeling the imminent dread of the end of summer, my friend Sana and I decided to make an attempt of salvaging what’s left of summer and took a trip to East Hampton.

We arrived around 11:00 AM on Friday, Labor Day weekend. Having not eaten anything since I awoke that morning, I was famished. Thankfully, we did not have to look too far. We took the LIRR there, and about a 5 minute walk from the train we found Babette’s, a quaint little restaurant serving breakfast up until 4:00 PM.

Babette’s offers a diverse choice in meal and since I was famished and ordered the The Newport which consisted of turkey sausage, caramelized onion, sundried tomatoes and smoked mozzarella, served with a whole grain bagel (which I did not eat because I was stuffed with everything else). I washed it all down with a steamy cup of almond latte. Yes, as hot as it, I still like my java hot.

Overall, the food was good but we spent a lot of time chasing bees that seemed to love the food much more than we did. One of them actually stung a kid. No fault of Babette’s, but the bees were definitely a challenge.

After breakfast, we took an Uber to East Hampton’s main beach, where we spent the day sunbathing and catching up (we had not seen each other since before quarantine). We spread our blankets, applied our sunscreen and enjoyed some music played on on my Ultimate Ears Bluetooth Speakers.

Though it was a very sunny day, we had just the perfect amount of breeze to keep us cool. I attempted to get into the water but it was fereezzinn!!! This island gal not used to that life! I settled for dipping my toes in the water and running back to my blanket.

We spent the entire day at the beach and enjoyed the surrounding area. As the sun was beginning to set, we packed our things and headed back to town.

We took the coolest Uber ride back to the city. Our driver pulled up in a Hummer, which we needed to literally climb into. Since Sana was wearing a form-fitting skirt, she could not get in without assistance so the Uber driver graciously opted to lift her in!!! LOL! Now that, I wish I had caught on camera.

Bopping to some trap music and waving our hands in the air, we were enjoying the mobile party when we arrived at our restaurant, CittaNuova. Alas, our Uber ride ended way too soon.

CittaNuova, is perfectly placed on the street that houses some of the hottest designer labels such as Zimmerman, Tory Burch, and Golden Goose, to name a few. I wish we had known this prior to coming or we would have spent some time at least doing some window-shopping.

I chose one of the house specials, which was not on the menu. I was sword fish served on a bed of spinach with roasted tomatoes. It was delish! Sana, feeling like a fat kid, devoured a pizza (actually, I helped myself to a slice).

The food there was very good. I highly recommend you try them out, if you’re ever in the area. We ate outdoors–in front of the restaurant, opting for the first available table outside. They also offer dining in their courtyard in the back and social distancing table indoors.

After dinner we indulged in some ice-cream from the famous Dreesens. I actually stood in a line for about 20 minutes to get in. Service was quick but when I got on line, there were about 15 people or more ahead of me.

After our ice cream, we called it a night and headed to our hotel . We were beat! The next morning we slept in, needing to rest up after the long day we had out in the sun. We plan to visit again to spend a few days because there is so much more we wanted to do, but did not have enough time.

This site uses Akismet to reduce spam. Learn how your comment data is processed.